7 Oud Players You Need to Listen to Now 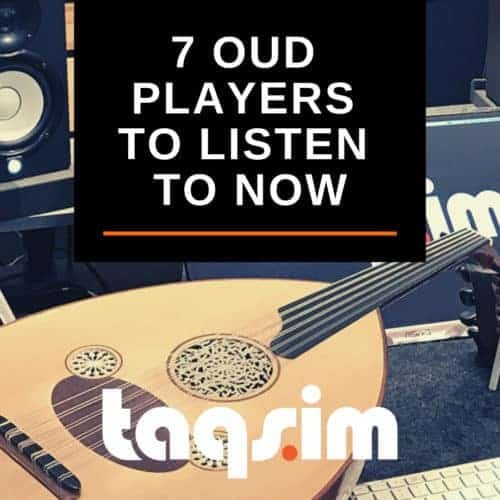 Want to learn more about the Oud? We’ve pulled together a list of 7 premier Oud Players who each provided a major impact and influence in the development of the instrument.

Here at TAQS.IM, we’re huge fans of the Oud – a fretless pear-shaped instrument that’s similar to a lute and known as “the grandfather of the guitar”.  We love the dynamics and flexibility it affords players – not being restricted to frets can be liberating and offers so much in terms of tone and sound that you simply can’t get anywhere else! Especially when it’s in non-Middle Eastern contexts. We’ve compiled a list of 7 notable oud players you need to listen to if you’re just getting to know the instrument.

George Mgrdichian, originally a clarinetist, was the first player credited with bringing the oud into classical music venues like Carnegie Hall.  Born in Philadelphia. Mgrdichian earned a bachelor’s and master’s degree at Juilliard, and in 1967 made his New York City recital debut at Town Hall. This led to an invitation to perform with the New York Philharmonic, apparently the first time the oud ever shared a stage with a symphony orchestra. Mgrdichian performed at Alice Tully Hall, Wolf Trap, the Kennedy Center, and other major venues in America and abroad. In addition to these concert performances, he was a mainstay in the New York club scene and was known to jam with figures like Bob Dylan, as well as Ravi Shankar and Dave Brubeck. His recordings were some of the first that used oud in non-traditional genres such as Jazz. A great example of that is his recording on “Now Sounds of the Middle East” of Dave Brubeck’s Take 5.

John Berberian, originally a violinist, broke sound barriers in the 60’s with his infusion of rock music and middle eastern music before “world music” was fashionable. John is known for a series of successful Armenian and Middle Eastern recordings and has recorded with such major companies as: MGM, RCA, Roulette, Verve and Mainstream Records. His recordings best capture the soul and spirit of the 1960’s Middle Eastern Music club scene in the states. John has performed extensively in North America. In this video below he can be seen performing an Armenian song with Greek legendary artist George Dalaras.

Yurdal Tokcan is one of the foremost Oud Players in the world today. Yurdal primarily performs as a soloist and has often represented Turkey in international festivals and celebrations. His style combines traditional interpretation with innovative techniques, and he is also known for work on the fretless guitar. Definitely a must listen!

Egyptian-Syrian composer, singer, oud player and actor Farid El Atrache is often times referred to as the “King of the Oud.” This master’s career spanned over 40 years and recorded over 500 songs. His style features a robust, traditional Arab style of oud playing that many aspire to replicate even today. Recommended listening to get an idea of what this style encapsulates.

Simon Shaheen is a well known and regarded Palestinian-American oud and violin virtuoso and Arabic music lecturer. Shaheen is a contemporary master with impeccable technique and a busy performance schedule. Check out his playing!

Ara Dinkjian is a world-renowned oud player and composer whose songs have been listened to the world over. His hit song “Dinata, Dinata” was performed at the closing ceremonies of the 2004 Athens Olympic Games and his music has been recorded and lyricized by various global artists in different languages. He was the founder of the instrumental quartet Night Ark, and is currently a member of The Secret Trio. Dinkjian can be viewed a bit differently from some of the other players in this list as he is a prolific songwriter/composer.

Naseer Shamma is a world-renowned Iraqi Kurdish musician, oud player and poet. He is also the founder of the Arabic Oud House in Cairo, Egypt. Shamma, as a Kurd, also offers a bit of a different sound and technique when compared to the other names.

There’s so many amazing players out there

There are so many amazing oud players out there. Though this is a good reference, some additional oud players to check out are Dhafer Youssef, John Bilezikjian, Richard Hagopian, Haig Yazdjian and scores of others.