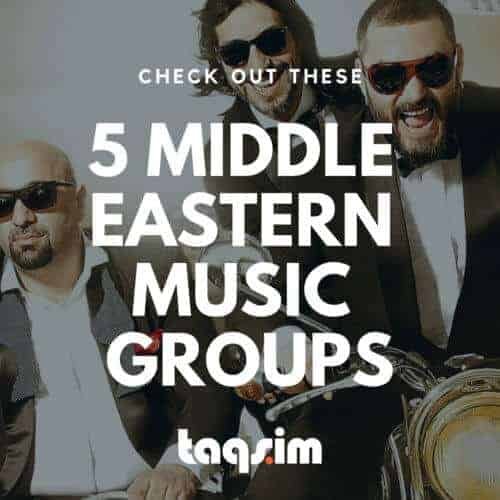 With the changing taste in music, advancements in technology and the rise of the “solo artist” unfortunately there are less bands, groups or ensembles to enjoy. As much as we acknowledge (and kind of don’t like) this trend we are pleased to share this list of 5 Middle Eastern Music groups that are still keeping the dream alive!

The NY Gypsy All Stars, based out of – you guessed it – New York, is comprised of Ismail Lumanowski on clarinet,  Tamer Pinarbasi on kanun, Panagiotis Andreou on bass, Engin Günaydin on drums and Jason Lindner on keyboards. These are musicians of the highest order that draw their influences from music across the globe. We particularly love their original compositions. One of our favorites is Crosswinds – an intriguing song set in 7/8 that starts off calm then quickly evolves into a metal-infused jam.

The Taksim Trio is a Turkish trio of Hüsnü Şenlendirici on clarinet, İsmail Tunçbilek on baglama, and Aytaç Doğan on kanun. They play in a variety of musical styles, including Turkish traditional and classical music, Arabic styles, and jazz. These musicians are at the top of their game, coming from supergroups like Laço Tayfa. One of our favorites is Gözüm & Kulağım which highlights Aytaç Doğan’s incredible kanun playing.

Le Trio Joubran is is an oud trio playing traditional Palestinian music, consisting of the brothers  Samir, Wissam, and Adnan Joubran. We love the balance between the solo parts, allowing each other to shine, and the parts where they all play in unison. Which is quite the oud sonic power house.

The Secret Trio is comprised of Ara Dinkjian on Oud, of Ismail Lumanowski on clarinet and  Tamer Pinarbasi on kanun. They perform chamber music rooted in the Middle East, but with global influences. They are based in the New York area (Ismail and Tamer are also members of the NY Gypsy All Stars). Their series of videos on youtube shot in Central Park in New York give a sense of the range and musicianship within this group set against a scenic and picturesque backdrop.

Eskenderella was launched in 2000 by Hazem Shahine with the aim of reviving the songs of Sheikh Imam and Sayed Darwish. Eskenderella’s repertoire also includes music to lyrics by poets such as Zein El-Abedine Fouad, Salah Fouad Haddad and Salah Jahine. Their music rose to prominence during the Arab Spring in 2011 and draws on Egypt’s musical heritage.

Please comment below if there are any groups, bands or ensembles you think should be on the list.

2 thoughts on “5 Middle Eastern Music Groups To Check Out”