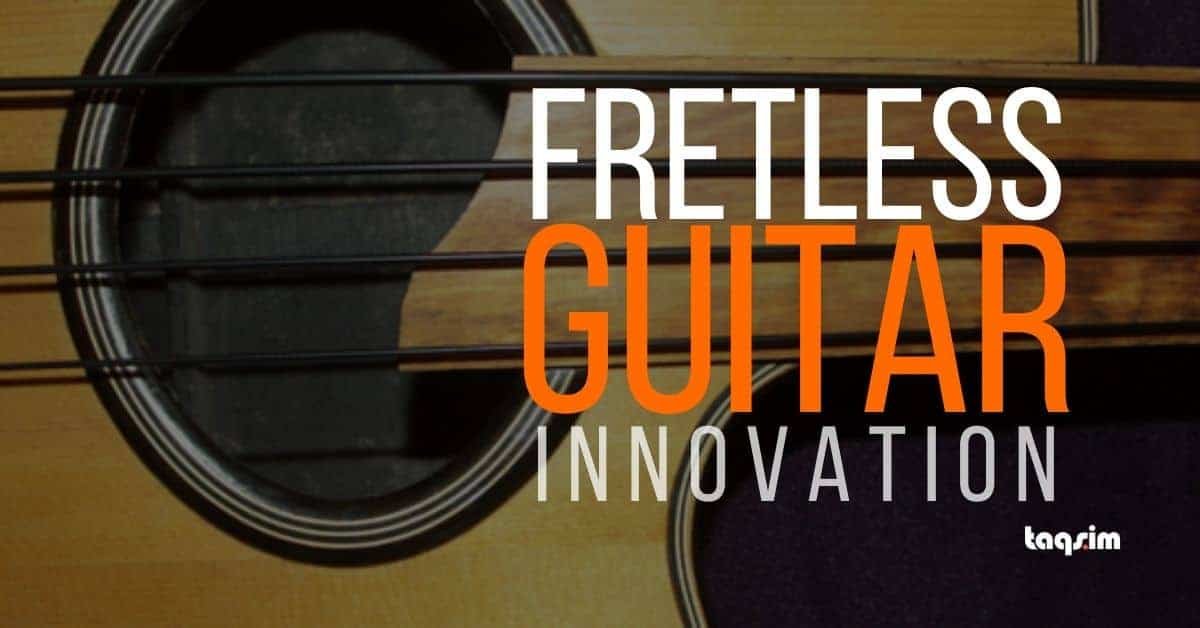 Over the course of time, what is known as the modern guitar has been in some cases “defretted” by various makers and players, resulting in a unique modification of this common and foundational instrument. Famed Beatles members John Lennon and George Harrison were even rumored to possess such eccentricities. Guitars are in large part defined by their “incrementality” – something shared with the piano and many other contemporary instruments. This fundamental incrementality corresponds directly with the 12-tone equal temperament system used today by artists as a defacto standard intonation system. But alas, the innovative and experimental tendencies of different musicians all over the world spawned a transformation of the guitar in somewhat of a fretless rebirth (perhaps longing for the fretlessness of the guitar’s ancestral lineage tied to the oud? :)). 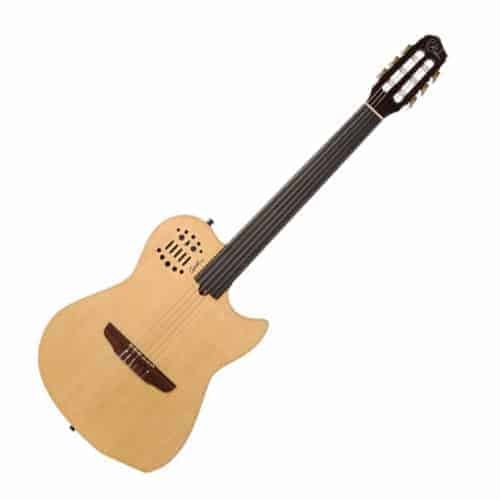 Because the frets have been removed, this allows for the instrument to be sounded in microtonal terms and for a vastly different philosophy to the representation of notes and performance method. As one may expect, the musicianship and technique associated with the fretless guitar is significantly different from a standard guitar – thus offering a completely different spectrum of sounds and styles.

Oğur provides an incredible demonstration in the video below, both on acoustic fretless and another fretless 8-string guitar-like electric instrument with the use of an EBow:

In the rock realm, Zappa himself said what some might think is a slide guitar for this track was in fact a fretless guitar:

As we can see, this instrument is quite versatile. The fretless guitar style fashioned by Oğur is quite apropos – it is a reflection of the ongoing tradition of musical development where folk, classical and traditional idioms may be blended together by modern artists. Similar descriptions would apply to Erdogan’s playing as the merging of disciplines and conflation of techniques into one instrument. On the other hand, Zappa’s eclectic and experimental approach to rock served as a conducive setting where the fretless guitar fit his adventurous modus operandi and symbolized his experimental artistic sensibility – which fit and enhanced his differentiated brand of rock n’ roll.

From a technique perspective, vibrato is easily executable on the fretless guitar. Glissando (or legato or portamento) slides can be even and smooth without the obstruction of incremental frets. The interpretation and execution of harmonics is also different on the fretless guitar. Similar to an oud, one key aspect that the player can benefit from is the option to use the fingernail on the fingerboard to produce a brighter and more brilliant tone for the instrument, as well as to sound mictrotonal notes for makam or experimental motifs. As one might expect, with no frets, intonation is solely the responsibility of the player with little margin for error – but this presents the opportunity to explore contrasting intonation systems and modal music unshackled. This can limit chordal activities in the traditional sense, but still allows for some expression with particular voicings within an abbreviated register. One thing to note is that string resonance can also be reduced, necessitating strong plucking by the player or technological compensation (if on an electric instrument) for desired projection.

With all that said, the TAQS.IM team enjoys fretless guitar! Here are some examples of fretless guitar playing in various styles – take a listen and let us know what you think of this emerging and exciting idiom in the comments below…

Cenk Erdogan back for another demo, this time on an electric fretless guitar:

For our heavy metal aficionados, this is spectacular soloing on a fretless electric by İlter Kurcala: