4 Middle Eastern Keyboardists You Should Know 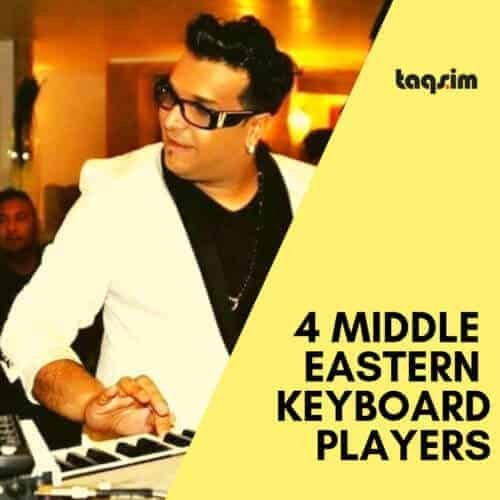 Check out these 4 Prominent Keyboardists in the Middle Eastern Style

The keyboard (whether used as an organ, synthesizer or accordion) has taken its place as one of the most prominent lead melody instruments for Middle Eastern music. Musicians utilize both “traditional” and modern sounds generated in Middle Eastern Music and have adapted these instruments, either physically or electronically, to produce micro-tonal sounds. Each of the players below has a unique sonic signature that is mimicked by keyboardists around the world. If you happen to play the keyboard and utilize custom middle eastern sounds programmed by others you may even see several sounds named after them.

Amza Tairov, originally from Macedonia, is the leading keyboardist playing in the Balkan Roma style (think Chalga, Manele and Tallava). Amza became a  sensation in the early days of YouTube and appearances on major TV shows in Albania, Bulgaria, Macedonia and Turkey due to his virtuosic playing. Unlike most keyboardists, who change the scales of their keyboard to play microtones, Amza uses the pitch bender to play the scales needed for Middle Eastern Music. The clip below showcases one of his first, and most popular, YouTube videos with his band. He is typically seen playing the Casio CZ101, Korg Triton, Korg M3 or Korg Kronos.

Spiros Kottis is a keyboardist and music arranger from Greece. He came to notoriety through a series of taximi’s (Greek for taqsim) he recorded for YouTube in his home studio. Spiros is best known for his use of a ribbon or breath controller which, like a traditional instrument, allows the player to modulate (or change) different aspects of the sound like pitch or volume. He is typically seen playing a Casio CZ101, Korg Trinity, Korg Triton or Korg Kronos.

Levon Abrahamian is an Armenian keyboardist and prolific music producer, who has arranged and written hundreds of songs with a multitude of artists. He came to achieve a high standing in the Armenian music scene working with the popular Armenian singer Aram Asatryan in the 1990’s. He is best known for his virtuosic command of the Oberheim OB8, the unofficial lead synthesizer of popular Armenian music. The keyboard sounds mimic, to a certain extent, the Zurna (double reed wind instrument) and are used primarily as the lead instrument for Armenian wedding and social gathering performance bands everywhere. He is typically seen playing an Oberheim OB8, Dave Smith Instruments OB6 or Korg Kronos.

Please comment below if there are any other keyboardists on the list. There are so many that could be included and this list is by no means exhaustive!

Newer New Book on Non-Western Scales: Modal Hanon
Back to list
Older 5 Clarinetists You Should Know

One thought on “4 Middle Eastern Keyboardists You Should Know”