5 Clarinetists You Should Know 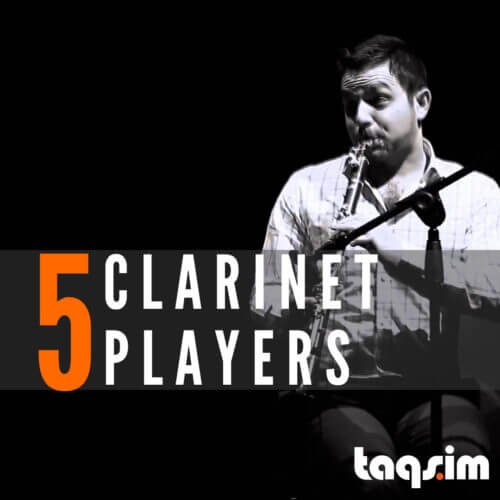 Check out these 5 Prominent Clarinetists in the Middle Eastern Style

The Clarinet, Klarnet, Klarino (or whatever you may wish to call it) has become one of the most prominent lead instruments for Middle Eastern Instrument. The woodwind instrument first appeared in the 1700’s in Europe and made its way to the Middle East and became a foundational sustaining lead melody pioneer. Here are 5 Clarinet Players that showcase how the instrument has been played in a Middle Eastern Musical context, across different cultures.

Hüsnü Şenlendirici is a Turkish clarinet player from Bergama in the province of Izmir. A Romani Gypsy, Hüsnü comes from a family of musicians. His paternal grandfather Hüsnü Şenlendirici played clarinet and trumpet, his maternal grandfather Fahrettin Köfteci also played clarinet and his father Ergün Şenlendirici is a trumpet player. He is best known for fusing traditional Turkish music with jazz through his band “Laço Tayfa” and for recording soulful compositions and arrangements with “Taksim Trio”.

Vassilis Saleas, a Romani Greek, was born in 1958 in Messologi and is the foremost clarinet player in Greece.  He is best known for his work with Dionisis Savopoulos, Mikis Theodorakis , Stamatis and the composer Vangelis. He projects an unmistakable style!

Ismail Lumanovski is a virtuosic clarinetist from Macedonia. An award-winning musician, he studied at the famed Juilliard School of Music in New York and has performed internationally both as a soloist chamber musician and folk performer. Ismail is also a member of the “New York Gypsy All-Stars” and “The Secret Trio” and has been featured on recordings for “Fall of the Moon”, “Liquid Clarinets”, “Love is the Way” and the “Inspector Gadge Balkan Brass”.

Ivo Papasov, a Bulgarian Romani Gypsy, helped define the genre of “Wedding Band” music in Bulgaria and leads the “Ivo Papasov Wedding Band.” He’s gained an international following with his work on two Joe Boyd-produced albums in the 1990’s. In 2005, Papasov won the Audience Award from the BBC’s Radio3 World Music Awards. Papasov is also known for his collaborations for famed Saxophonist Yuri Yunakov (also worth checking out!).

Hachig Kazarian’s clarinet defines the Armenian-American clarinet sound which shaped the musical experiences of entire generations of Diaspora Armenians living in the United States for much of the 20th century. Having attended the famed Juilliard School of Music in the 60’s, Kazarian was a key member of the widely acclaimed “Kef Time bands”. Kazarian’s music fuses Middle Eastern melody and rhythm with a Big Band sound, defined by his virtuosic improvisation and command of the clarinet – and is particularly notable for his ability to mind meld with many oud masters of his time.

Please comment below if there are any other clarinetists you think should be on the list. There are so many that could be included and this list is by no means exhaustive!

3 thoughts on “5 Clarinetists You Should Know”