5 Greek Singers You Should Know 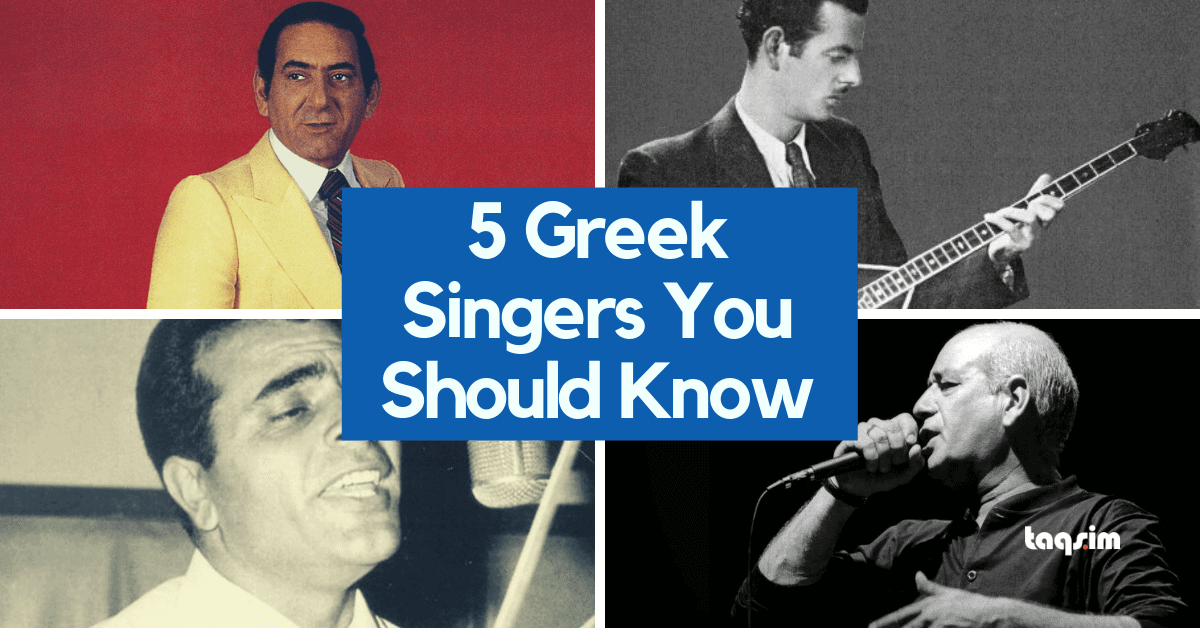 We asked a simple question in our TAQS.IM Facebook Group. Who are the must-know old-school Greek Singers?

There was an onslaught of recommendations. Everything from the early 1900’s to today. We culled through all of the answers and came up with the top 5 must-know Greek artists that you should brush up on… Let us know who we missed 🙂 and these are in no particular order btw…

Mr. Kazantzidis was a leading singer of Greek popular music, or Laïkó (i.e. Greek folk music), he collaborated with many of Greece’s foremost composers. Aside from his music recordings of folk and traditional style music, Kazantzidis contributed to Greek cinema during his career, with numerous appearances in films performing on screen. Check out some of his work:

Like Kazantzidis, Mitropanos was himself a leading singer of the Laiko style, and was known for several popular traditional pieces.  During his illustrious career, Mitropanos served as a vocalist on the classic Greek song “Agios Fevrouarios”, marking a significant milestone in Greek music. A mix of his songs is here below:

Like other singers from his era, Dionysiou was from the northern part of Greece, and headed to Athens to gain more traction in his singing career. Signed to Columbia records at the age of 24, he enjoyed a successful and lengthy career, although a mishap with the law resulted in some jail time (which apparently didn’t stop him from still recording his music somehow!): Youtube goodies below:

One of the titans of Greek music, Tsitsanis is widely credited as one of the principal founders of rebetiko and laiko style Greek music.  He wrote over 500 songs, and was known as one of Greece’s top composers and bouzouki masters.  One of his recognizable pieces is here for your listening pleasure:

Dalaras was more of a contemporary artist, although his father Loukas was a rebetiko singer – so a bit of traditional influence was definitely there for his son George. It’s quite fitting that he also put out some of his own rebetiko music alongside his standard compositions. Dalaras is still a giant of the Greek and world music scene, and has collaborated with such luminaries as Bruce Springsteen and Jethro Tull.  Interesting cover of Algerian Chaabi singer Dahmen El Harachi’s “Ya Rayah”:

3 thoughts on “5 Greek Singers You Should Know”