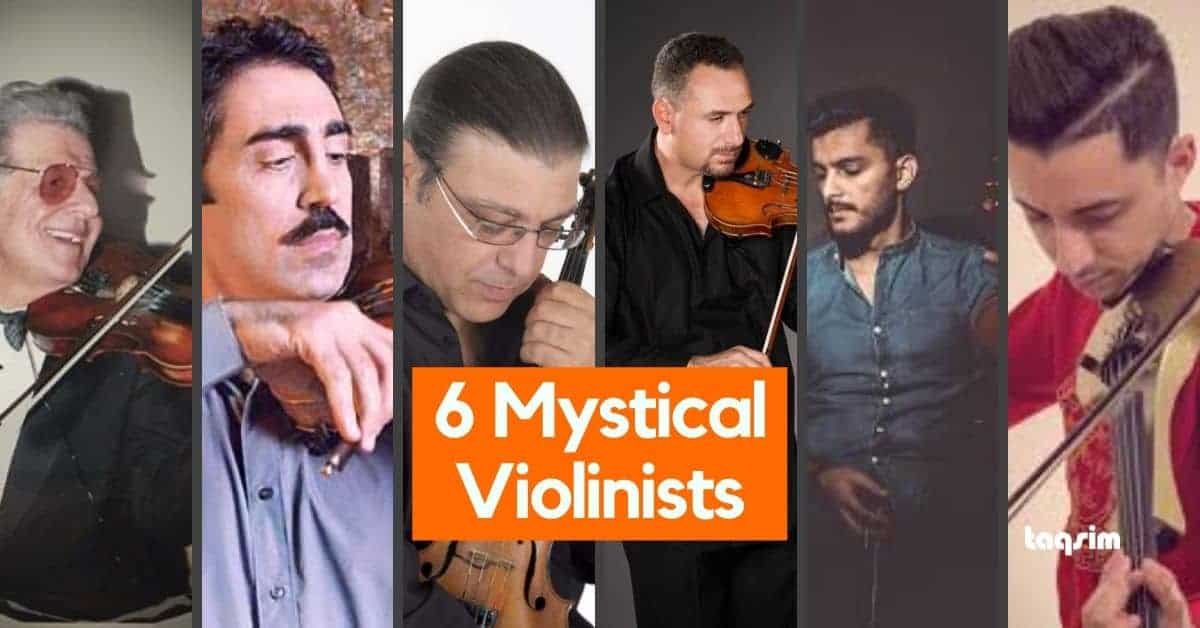 When you think violin – what are the words that come to mind? Smooth, emotive, silky. Violins are played across the globe in many different ways and therefore can – and do – sound like nearly completely different instruments at times, regardless of whether they are used in lush orchestral settings or demonstrative solo performance. For example, violins played throughout the Middle East hardly resemble their kin in Western, or classical environments. This richness and diversity is something to celebrate and cherish, as the variety of sounds and styles in the world help enhance and enrich our appreciation and enjoyment of music. With that in mind, TAQS.IM has come up with a list of some of our favorite violin players. As with previous blog posts, this list is not exhaustive by any means – but instead provides a bit of a glimpse into the fretless world of bowed stringy deliciousness.

You can read more about this tremendously talented violinist in a great piece done by HYE Times.  One of the most accomplished and respected musicians playing Middle Eastern music on the East Coast of the United States, Elias’ Arab background afforded him the skills and knowledge to perform with so many musicians from different ethnic backgrounds (Armenian, Greek, Turkish, etc.). His knowledge of modal maqam music combined with his virtuosity and command of classical and folk idioms added tremendous flavor to any ensemble which he joined. Most notably, he played well into 80’s and even 90’s. Here’s the late Elias tearing it up, at his 70th birthday no less:

Mr. Shaheen also made our recent list of oud players, and is clearly a beast on various instruments, including the violin. Interpreting makam music is truly an art of passion, and Shaheen does it beautifully, contrasting the milky bowing smoothness with his plucky, aggressive oud playing. His Palestinian origins, unique background and course of study combine for quite the package as a dynamite musician.  Here he is live performing the classic composition “Ibnil Balad” by the famed Mohammed Abdel Wahab:

His father Giannis was one of the most popular and respected clarinetists in Greek music, so Nicos had it in his blood. When you talk about the most well known Greek violinists, Nicos is right there in the conversation – the ingenuity and command is evident here across multiple disciplines – virtuosic plucking, bowing, double stops, etc. As an accomplished player working with the biggest names in Greek music, you name it Nicos was doing it and wowing the audience:

A fixture of the Middle Eastern and Armenian music scene in Southern California for decades, Kalajian has performed with a multitude of the biggest names around – including living legend Ibrahim Tatlises among scores of others. Kalajian is an accomplished master and can effortlessly switch from Brahms Hungarian Dance in G minor to maqam Hijaz or Ussak in the blink of an eye, and do it with the utmost artistic integrity. Here he is with the great Ibo:

Want to hear a tremendous violin version of the Greek hit song “Thelo Na Me Neoseis” by Niko Vertis? Listen to the below performance – the expression of the violin and articulation of the notes and slides are not something you hear in any western classical music.  A Lebanese violinist with tremendous touch, Soueid is someone to keep an eye on – enjoy:

Kristian Xhaferaj is a young Balkan violinist who has grown a tremendous following on YouTube. He is best known for his violin covers of popular songs, weaving in his Balkan touch. He incorporates the current sounds of modern pop and trap music into his songs. Enjoy:
Let us know who we missed in the comments below!
Newer Raffi Wartanian’s “Critical Distance” Review by Emmett Lindner
Back to list
Older Nune Melik: Violin, Babajanian & Buffett

One thought on “6 Mystical Violin Players”