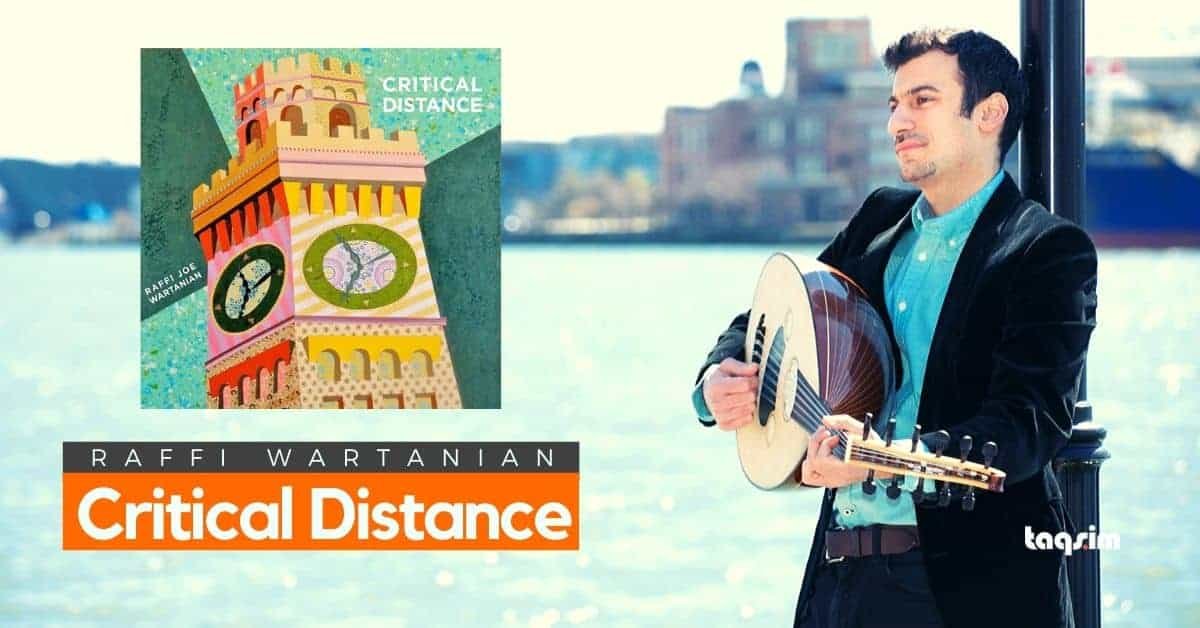 Since his first album, “Pushkin Street,” Raffi Joe Wartanian’s music has celebrated the blending of cultures. Raised primarily in Baltimore, he has since lived in Armenia, Los Angeles and New York. In the past three generations his family has also called Lebanon and Turkey home. Wartanian’s compositions often express a longing to better understand all of these regions, but more prominent is a sense that the cultures can work together, fostering sounds that are greater than the sum of their parts.

Wartanian is a writer as well as a musician, and these respective artistic leanings draw a blueprint for the kind of melding which takes place in his new album, “Critical Distance.”

“Critical Distance” is an acoustic, instrumental album that meditates on place, heritage and culture. The spare instruments are tools of discovery, and their diverse origins mirror Wartanian’s own. An oud, used in Middle Eastern folk traditions, is strummed to produce a blues song in “Blues in O.” Odd-meter embellishments further complicate the sound and create a deeply original idea.

“Appalachatolia,” – a play on Maryland’s Appalachian Mountains and the Turkish region of Anatolia – is the album’s opening track. The song itself is a journey through musical hemispheres–bright, repetitive, and optimistic guitar chords seamlessly shift to banjo-style fingerpicking. The rhythm quickens and “Appalachatolia” takes the form of a bluegrass melody worthy of Bill Monroe before winding back to a more brooding, Middle Eastern tone. Adding to Wartanian’s focused composition, Grammy Award-winning percussionist MB Gordy lends to the poignant and surprising transformations on this and the entire album.

“Pushkin Street” was plugged in, loud and lyrical, with hard-rock interpretations of Balkan, Middle Eastern, and blues concepts and structures. “Critical Distance” expands on these themes of combination. In “Departure,” from the new album, lonely guitar melodies evoke an expansive desert. The first few bars are unaccompanied and contemplative. One can feel the thick notes wilt beneath a hot sun as they carefully walk from one note to the next. A slow drum plays as the guitar adds chords to the rhythm and finds a full voice, the steps more measured as the music marches forward. The song quickens, more confident, and notes slide freely across the neck, higher and higher. A sharp knock from the drum snaps the listener to attention as “Departure” shifts to a sultry Tango without a second thought. The transitions are never forced, and these varying styles are naturally joined.

“Critical Distance” is an album of self-discovery. It is self-referential, with instruments from the Middle East as capable of bluegrass as any banjo. Often odd time signatures further expand the regional music at play. Though the album focuses on Wartanian’s past, it implies a global understanding of the ways in which music of any culture, of any generation, can work as one to create something new, beautiful, and reflective.