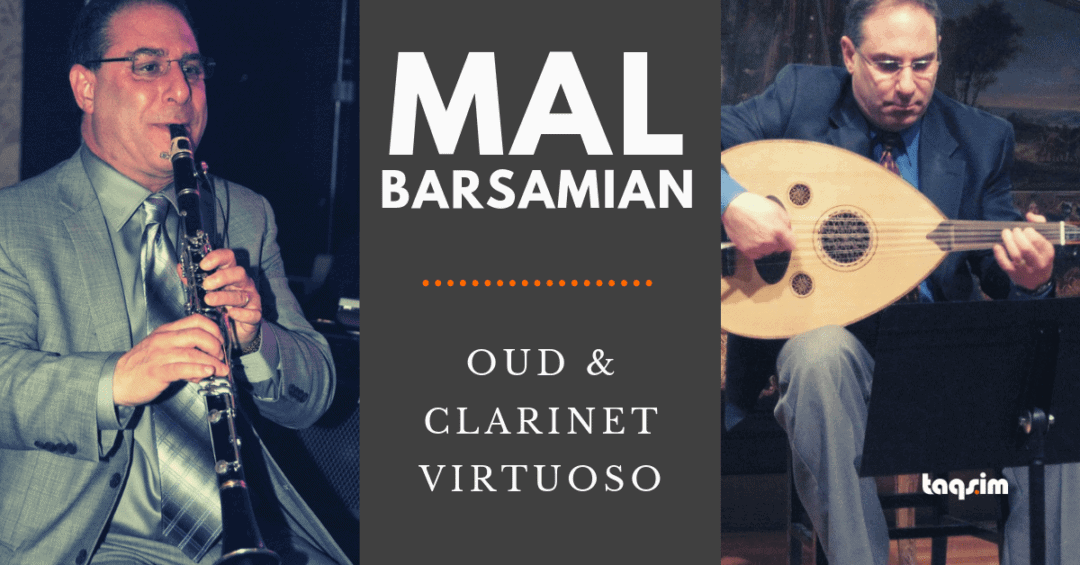 Barsamian comes from a family of oud (lute) players across multiple generations, and his musical career began when he was four years old playing the dumbeg (middle eastern hand drum) with his father, Leo Barsamian, at a local community picnic. Since then, Barsamian has risen to be one of the top middle eastern musicians in the country and across the world.

Over the years, Barsamian has become a sought-after oud player and clarinetist as well as on other instruments such as dumbeg, guitar, bouzouki, and saxophone in various styles of music, including Balkan, Greek and Armenian communities for over 35 years throughout the country. As a trained classical guitarist, Barsamian obtained his Bachelor’s and Master’s degrees in classical guitar performance, studying with Robert Sullivan at the New England Conservatory of Music.

His lengthy resume features acclaimed performances with the late Esber Korporcu, an important figure in Boston’s Middle Eastern music community, and Barsamian also appeared with jazz and middle eastern music composer Mehmet Sanlikol’s Dünya music ensemble at concerts at the Massachusetts Institute of Technology, specifically focusing on music of minority composers of the Ottoman period. As a specialist in music written by Armenian composers active in Istanbul during the later years of the Ottoman Empire, this concert featured Barsamian’s virtuosic and masterful clarinet interpretations of several historical compositions. Barsamian also worked with Dünya as a featured instrumentalist for a concert on the history of Turkish music since the Renaissance period in Istanbul.  Rounding out his Middle Eastern and Balkan musical background and expertise, Barsamian has performed at numerous events featuring Greek Rebetiko music, including festivals, folk performances, and formal concerts. In this vein, Barsamian has also been featured on the oud and guitar with renown Greek folk singer Sophia Bilides at the Smithsonian and Library of Congress. Barsamian has also performed as a featured clarinetist with the Middle Eastern Ensemble at Berklee College of Music performing Eastern Armenian music.

Barsamian is a resident oud instrumentalist for the Museum of Fine Arts in Boston and demonstrates and performs in concerts using the museum’s Manol oud (1899) and a Nahhat oud (1928) (Manol is a famous Greek oud luthier, and Nahat is a prominent Syrian oud luthier family).

In the academic realm, Barsamian is the director of the Middle Eastern Music Ensemble at the New England Conservatory of Music and also on the music faculty, and is a member of the applied faculty at Tufts University’s World Music Department teaching oud and clarinet and has given many concerts at the university. Barsamian is also a lecturer at Boston College and Northeastern University.

Barsamian Manol oud demonstration at the Museum of Fine Arts:

Barsamian with the Dunya Ensemble in the US and Turkey:

Our last blog post explored the effect of Middle Eastern music on mainstream artists where there was a song or two which had that s...