We Just Launched our TAQS.IM Podcast! 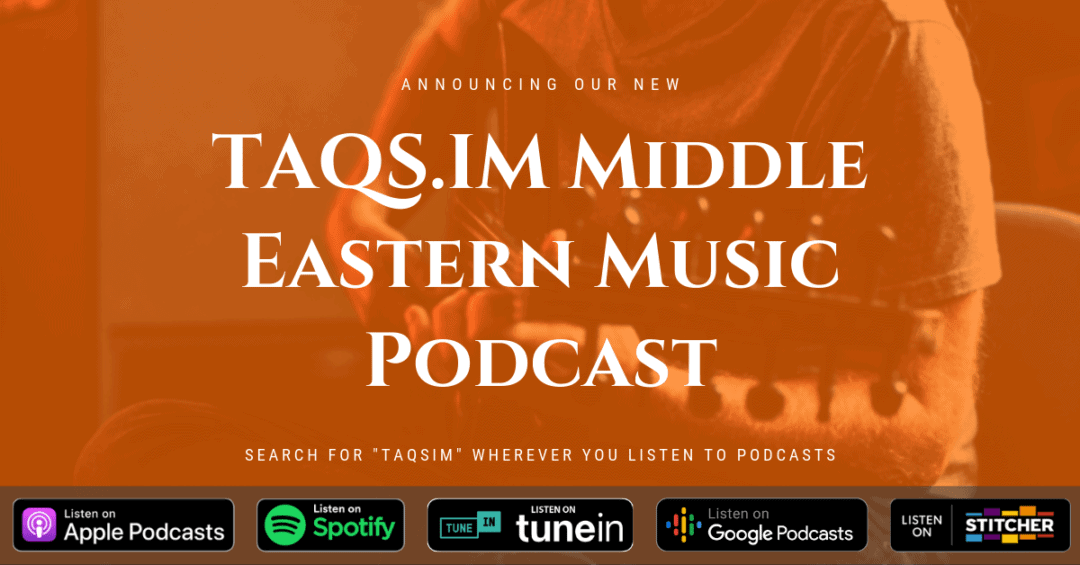 We’re huge fans of Podcasts (we got sucked into ones like Serial, Song Exploder and Hardcore History to name a few) but couldn’t find any that focused on Middle Eastern Music.

That’s why we made one.

We’re proud to launch the first 3 episodes of our TAQS.IM Middle Eastern Podcast. The Podcast discusses playing, performing and appreciating Arabic, Armenian, Assyrian, Balkan, Greek, Kurdish, Persian, Turkish music and more. You can listen to our podcast via Apple Podcasts, Spotify, TuneIn, Google Podcasts and Stitcher. Just click on the links or search for “TAQSIM” wherever you listen to Podcasts. Make sure to Subscribe and Leave a 5-star review as well – it’ll really help us spread the word! Here’s an overview of our first three episodes:

Episode 1: Your Gateway to Middle Eastern Sound Topics Include:

Episode 2: The 7 Oud Players You Need to Listen to Now Topics Include:

Again, make sure to subscribe/follow wherever you listen to Podcasts. We’ll be releasing new episodes regularly!