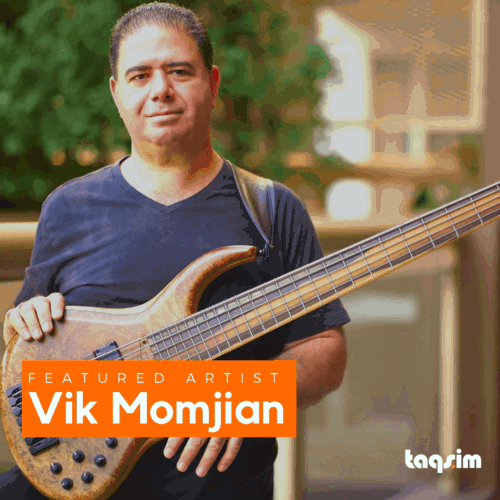 You don’t often think of rhythm players as being “virtuosos“, but every so often you may come across someone that shatters the mold.  Based out of Los Angeles, Vik Momjian is a master of the four, five, and six-string fretted and fretless electric basses, and is the leading bass player in his field. As a Lebanese Born Armenian that has backed up the top Persian, Armenian, Arabic, Assyrian, Greek, Kurdish and Turkish artists, Momjian has encyclopedic knowledge of various cultures’ music and is basically “the man” when it comes to playing pretty much any kind of Middle Eastern music (and ethnic fusion Jazz). Recent projects including working with the living legend Enrico Macias! 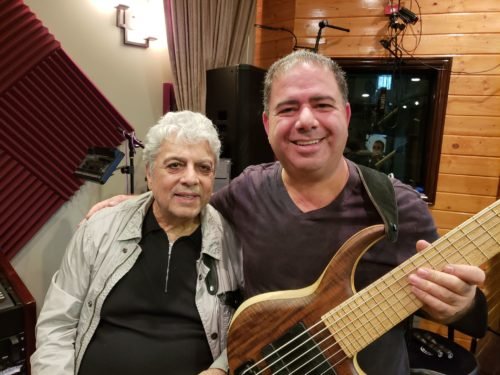 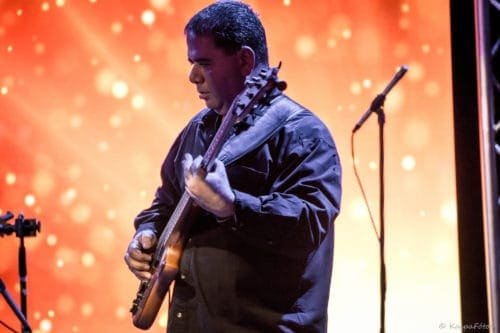 While Momjian’s musical roots started on the piano at age nine, Momjian turned to the guitar at age fourteen and ultimately discovered his true voice through the electric bass at age fifteen. Having studied with many prominent musicians, three of Momjian’s most influential instructors were Jim Lacefield, Steve Bailey, and John Pena.  Momjian is without a doubt the first-call musician for many top Middle Eastern and ethno-European artists. When he’s not touring the world with these artists, Momjian spends his days in town doing sessions, teaching and holding down the bottom end with groups like Excursion, String Harmonies, the Aegea Ensemble, Prana, Ararat Music, and various others. Momjian’s soulful playing not only brings enormous heart, but it is an integral part of the sound and energy of any group he plays with! 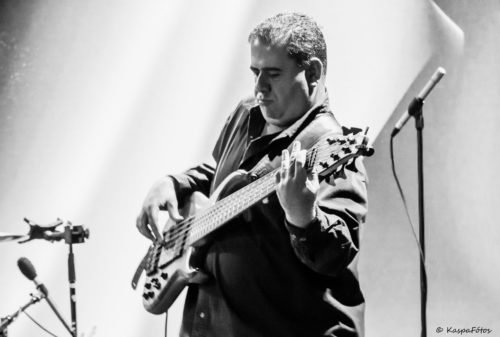 It’s pretty obvious as soon as you start listening to Momjian that he has a brilliant sense of groove and is a unique improviser, with his incredible dexterity, chordal/comping techniques, and harmonic experimentation. Definitely a player you should familiarize yourself with and listen to when you can 🙂 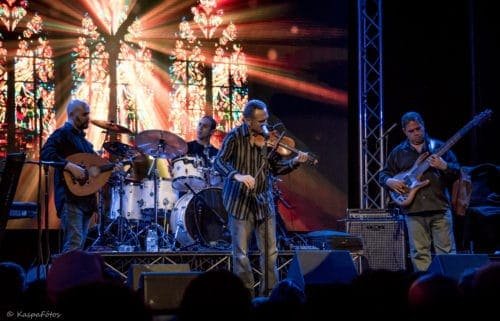 Vik is endorsed by: 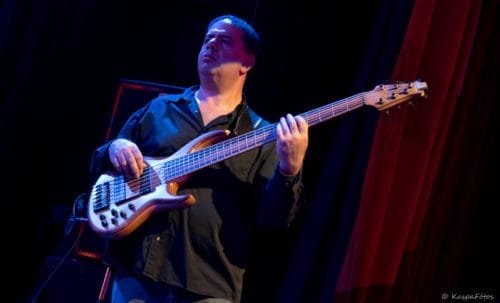 Our last blog post explored the effect of Middle Eastern music on mainstream artists where there was a song or two which had that s...